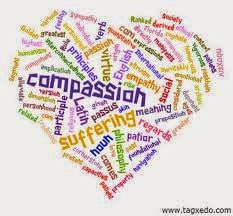 David Tacey concludes his exploration of Jung, spirituality and religion with a short chapter which examines Jung's struggle over time to define his relationship with religion in general, and Christianity in particular.  It was in every way a vexed and painful relationship, covering two thirds of the twentieth century, a time in which religion and the life of the spirit were in great flux, certainly in the West, and arguably around the world.  We are living with the consequences of that flux today as the world writhes with the pain of racial, ethnic, and religious conflicts.  I think there are connections to be made, and I will attempt to make some of them here.

Read more »
Posted by Amma Beth Krajewski at 6:35 AM 2 comments: 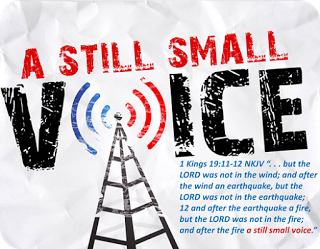 I'm taking a short break from Jung (although he slips in at the end, as you'll see) to share a sermon I was privileged to give at the First Baptist Church of Westwood, Massachusetts yesterday.  It was the second in a two-part series based on the notion of encountering God in various ways.  The first part was preached last Sunday by my wonderful husband, speaking about Jacob at the Jabbok, and I picked up the theme of encounter with the story of Elijah and the "sound of sheer silence."

Enjoy!  Next post will wrap up the series on Jung, religion and spirituality.

Read more »
Posted by Amma Beth Krajewski at 9:50 AM No comments:

Amma Beth Krajewski
Amma Beth is a professed and ordained member of the Lindisfarne Community, an adjunct assistant professor of World Religions, and a PhD in Theology. Amma Beth welcomes your comments and questions regarding life in a hermitage, contemplative prayer, or religions of the world. Blessings!